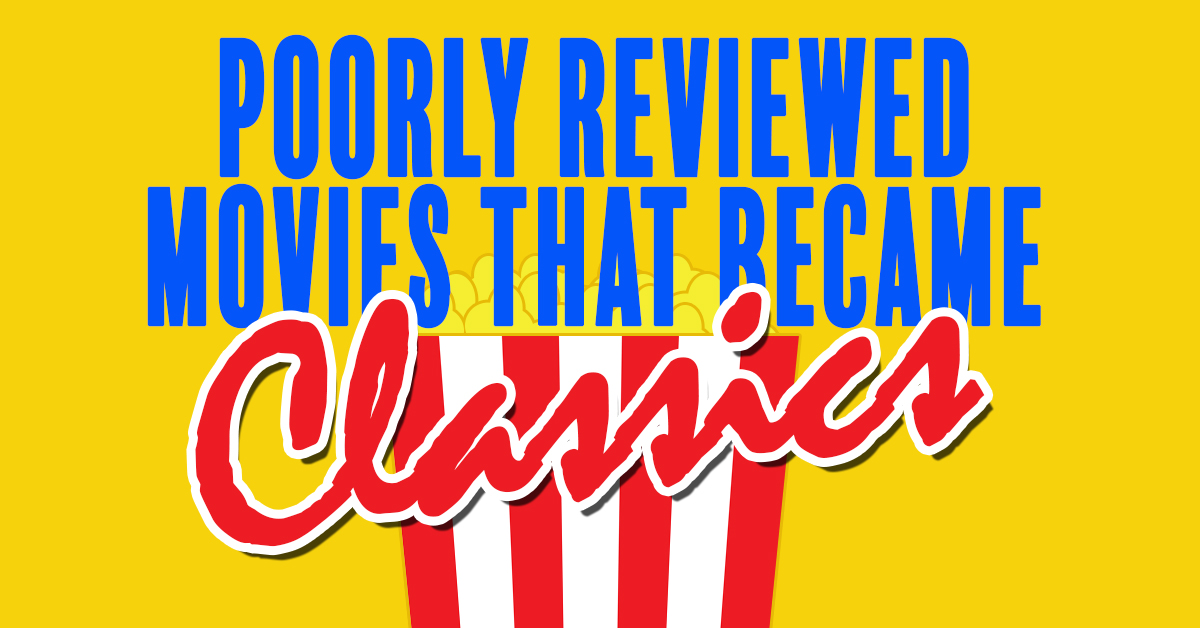 Many people rely on reviews in helping them determine entertainment choices. For decades, movie reviews have been a critical way in which moviegoers have chosen the films to spend their hard-earned money upon. Many of these reviews, however, apparently got it wrong when it came to what America would like. Here are some of the most noted movies that received poor reviews when they were initially released. Odds are you have seen at least some of them.

This 1990 film has been noted as a romantic classic and the breakout movie for Julia Roberts. When it was released however, some reviewers saw it as a movie about modern day greed. Many panned the concept that somehow it was “romantic” that a prostitute could find love by finally hooking up with the good-looking rich guy of her dreams. Never the less, it has come to have a special place in the heart of many.

Many of Stanley Kubrick’s works have been misunderstood through the years including his adaptation of Stephen King’s “The Shining” in 1980. In fact, he was nominated for a Razzie award for the movie along with actress Shelley Duvall. Some saw an alcoholic Jack Nicholson as frightening enough, let alone an axe wielding one.

This 1980 comedy starring Chevy Chase, Bill Murray, Rodney Dangerfield and others was called “wandering”, “crude”, “sophomoric” and “short of the mark”. It’s no “Gone With the Wind” for sure, but still found a special place for golfers and movie goers who can recite many of the movies classic lines about “The Cinderella Boy”, “Mr. Gopher” and “Wang”. Be the ball, Danny, be the ball.

Many critics gave poor reviews to this 1994 prison film for perhaps sending the message that “prison isn’t so bad”. Others had a distain for its less than satisfactory ending or Morgan Freeman’s almost constant narration. Others, however, found hope in the film and how the human spirit can survive even intolerable situations. The fact of the matter is the haters were proven wrong as this adapation from a Stephen King novel ranks at the top of some Greatest Movie of All Time lists. If you have yet to see it, perhaps it’s time to “get busy livin’”.

Even this classic of the cinema has received its fair share of criticism. A review in The New Republic at the time said “What goes on is talk and more talk”. And while the stage may stand for this, the movies don’t.” One more modern reviewer claimed they had to watch it ten times because they “kept falling asleep”. The movie, however, still ranks at the top of the American Film Institute’s top 10 of all time.

Movies are perhaps one of the best indications that you can’t please everyone. Even films like “Casablanca”, “The Wizard of Oz” and “The Empire Strikes Back” have gotten their fair share of bad reviews. Finding a film that connects with you is a joy. It is even more so when it can be shared with someone who also appreciates it.

What Amount Would You Sue For?

Things Around Your Home Are Multiplying!

The Importance of an Exit Strategy

When is the Best Time to Shop for Auto Insurance?

Things Around Your Home Are Disappearing!